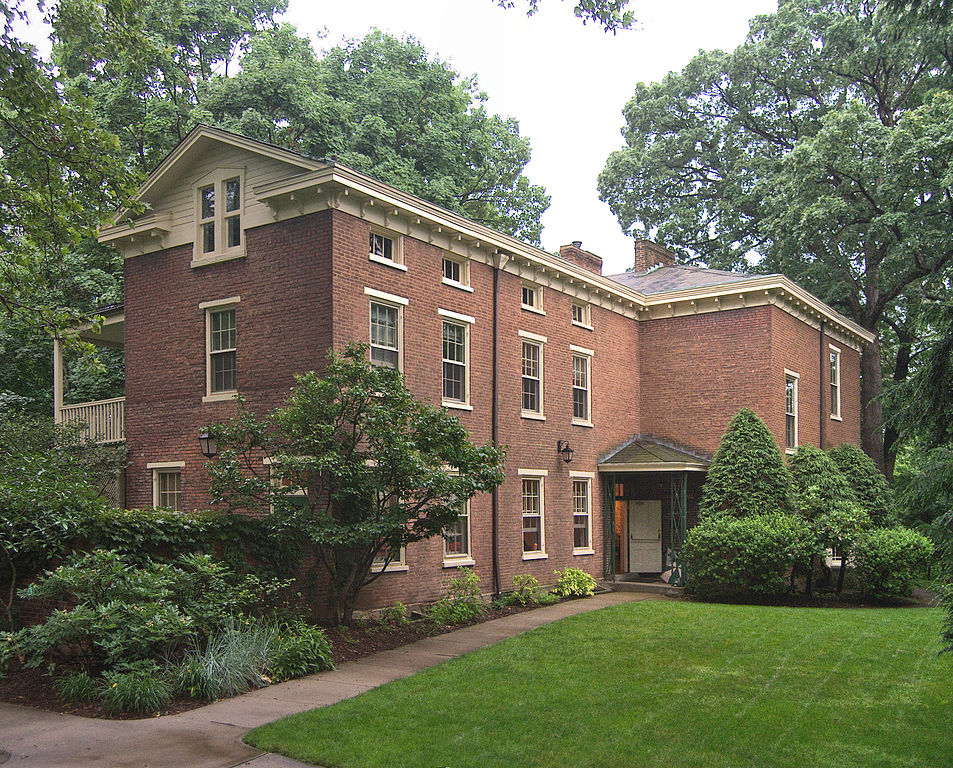 Today this house is used as a clubhouse for residents of Chatham Village. It was built in 1844 or 1849 (Father Pitt has seen both dates) for Thomas James Bigham, a notorious abolitionist who was rumored to harbor fugitive slaves here. Fortunately for him, there was not much sympathy for slave laws in these parts: Pittsburgh was riddled with Underground Railroad stations.

These pictures were taken in late evening light (individual pictures taken with a Canon PowerShot S45, then stitched with Hugin to produce the wide angles you see here). There’s a fair amount of grain if you look closely. Low-light performance is one aspect of digital cameras that has definitely improved, and Father Pitt would do much better in low light with a more recent camera. He would also pay about a thousand dollars for a more or less equivalent camera, rather than the six dollars he paid for the old Canon. 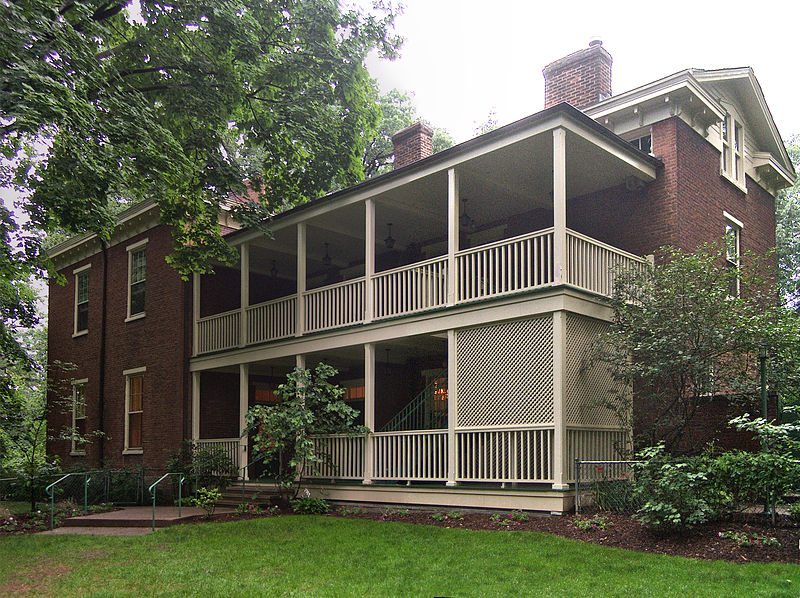 HENRICUS ALBERTUS BOLI manages Father Pitt’s Internet presence for him, since Old Pa Pitt is a bit old-fashioned. You can find Dr. Boli at drboli.com. View all posts by Dr. Boli