The Harmony Society was one of those colorful cults that flourished in the United States, the universal refuge for religious sects too peculiar for Europe. This particular sect fled Lutheran persecution in Germany, and old Pa Pitt will pause for a moment while his American readers digest the phrase “Lutheran persecution.” The refugees established a communist utopia at Harmony, about thirty miles north of Pittsburgh, in 1804. Ten years later they moved to New Harmony in Indiana (because they thought the climate would be better for wine grapes), but about a decade after that they were back in Pennsylvania, this time at Economy, now “Old Economy Village” in Ambridge.

The Harmonists, like many of the cults of that era, were hard workers, and were more successful in business than they were in establishing a religion. The village of Harmony still stands today, with many of the houses the Harmonists built. There is probably a greater concentration of original log houses in Harmony than anywhere else in western Pennsylvania. Today the town is full of little craft shops, which would doubtless have pleased the Harmonists, even if the morals of the current residents would not have met with their approval. 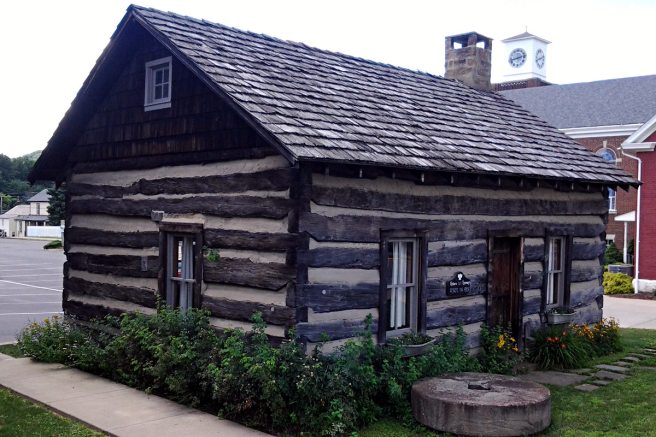 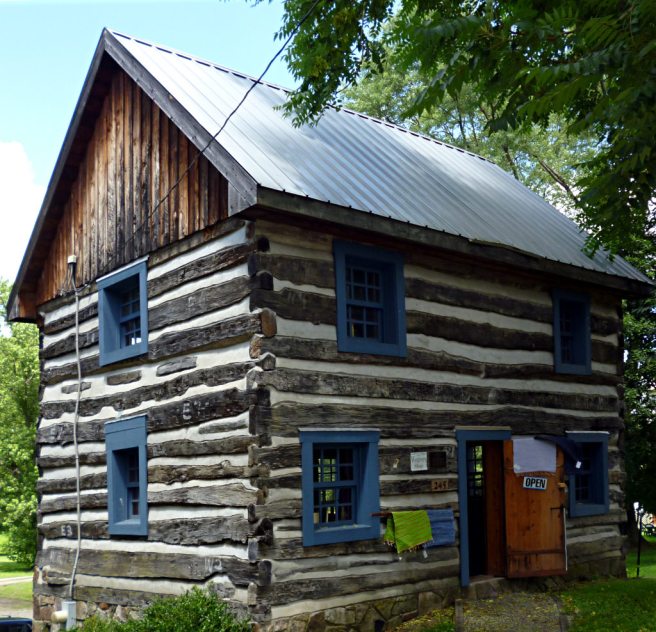 The log house above has been stripped down to the original logs, probably in preparation for restoration.

The Bank of Harmony building dates from after the era of the Harmony Society, but it is a very good design in its own humble way.