Eberhardt & Ober was one of Pittsburgh’s favorite beers for many years—E & O, for “Early and Often,” as the advertisements put it. (What a cheery slogan—and yet one that would probably not be tolerated today.) The building is a fine example of German-American brewery architecture.

Mr. Eberhardt and Mr. Ober were not only business partners, but also friends for life—and even beyond life.

Though Eberhardt & Ober conscientiously brewed beer to the strict German standards of purity, the beer that comes out of this building now is probably better than anything E & O ever produced. This is now the home of the Penn Brewery, which—in addition to making some very good beer—operates a restaurant serving the kind of German food that makes beer sing.

The buildings you see here are on Vinial Street, which is the arbitrary dividing line on city planning maps between East Allegheny and Troy Hill. No sane Pittsburgher would call this Troy Hill, though, or say that the brewery is in a different neighborhood from the bottling plant a few yards across the street. By any reasonable standard, the brewery is in Dutchtown—which, fortunately, is not an official neighborhood name, and so can have any arbitrary boundaries common usage would like to assign to it.

The Parkway North swerved to avoid this splendid church, but destroyed the whole neighborhood that made up its parish. Now a worship site of Holy Wisdom Parish, St. Boniface is also home to the officially sanctioned Latin Mass community in Pittsburgh (as opposed to other Latin Mass churches that call themselves Catholic but are repudiated by the Roman Catholic hierarchy).

Camera: Canon PowerShot S45. The picture of the west front above is a composite of six photographs. 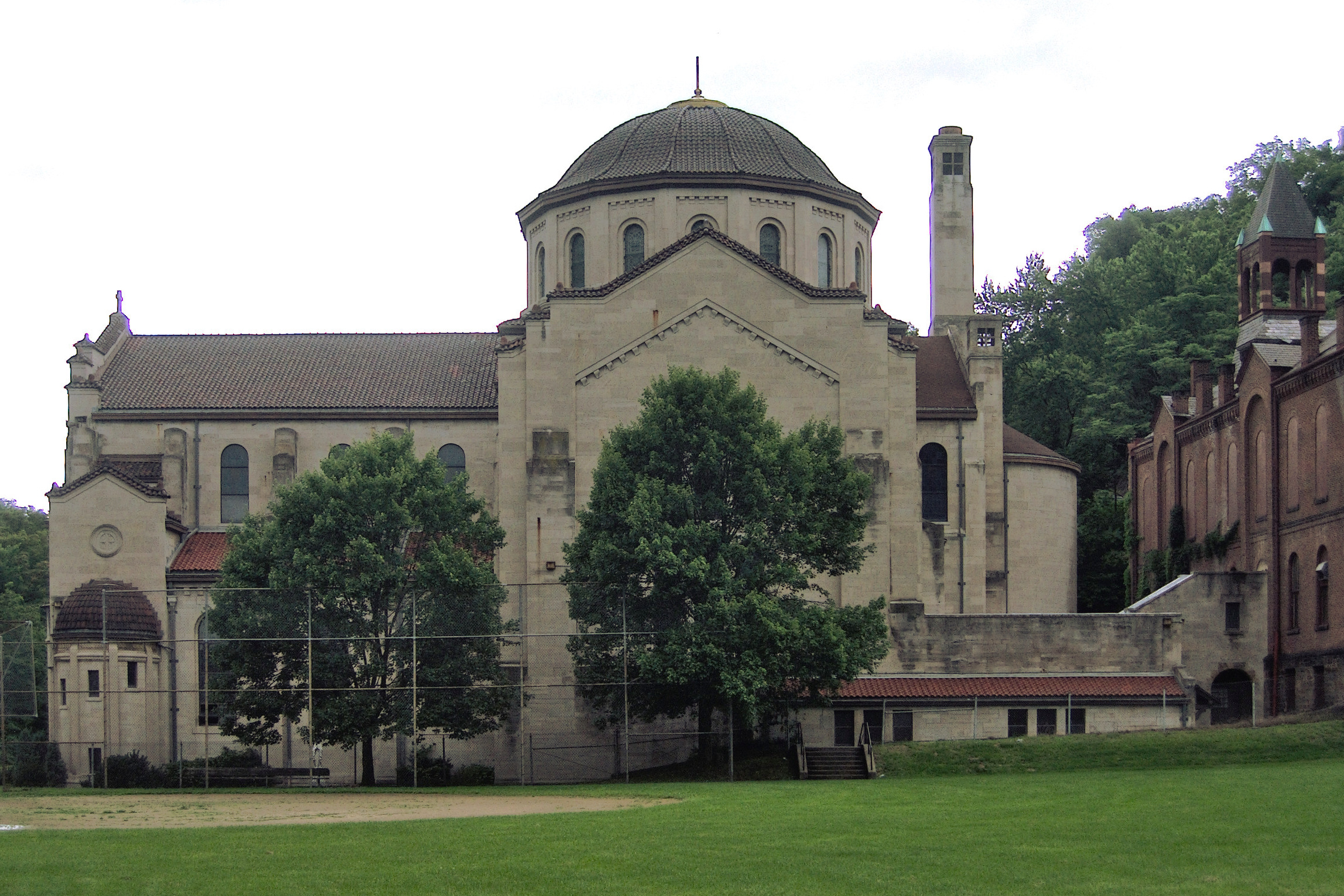 The Alcoa headquarters is a modernist symphony in aluminum. Father Pitt confesses to liking this building a great deal better than the old Alcoa building downtown, which still looks like a pile of old television sets to him. 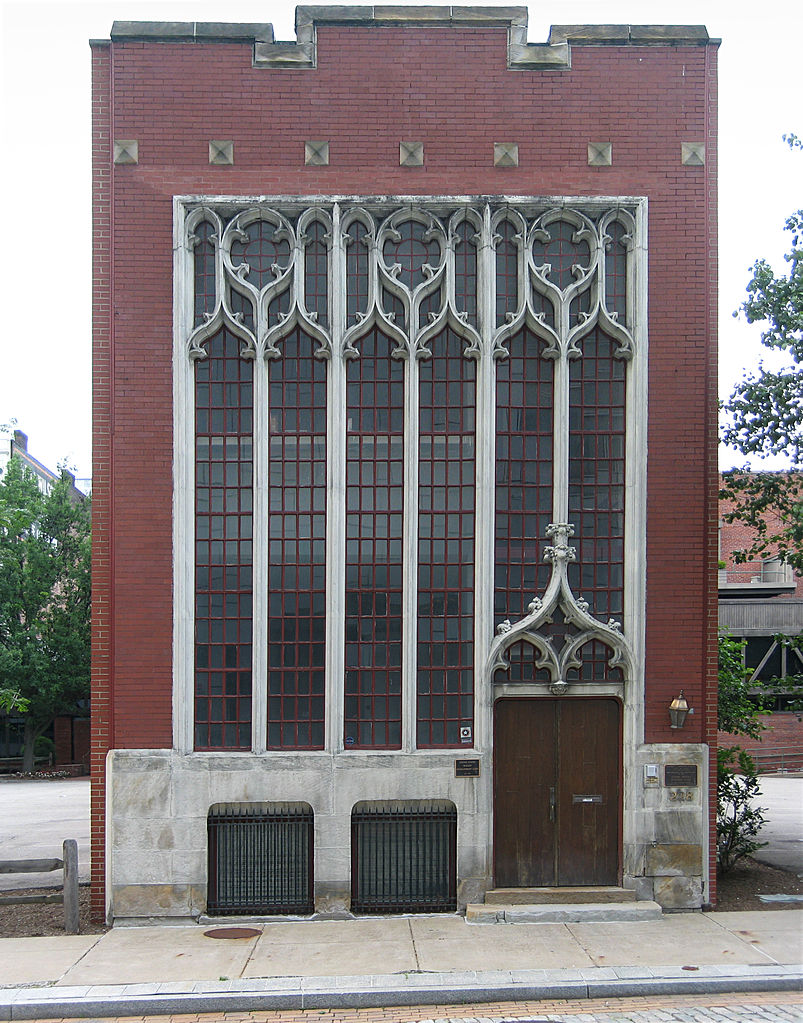 Frederick Osterling built this charming little building in 1917 to be his office and studio. From it he had  a fine view of the Pittsburgh skyline that he was helping shape—a view now blocked by the new Alcoa building.

Some of the old Heinz factory buildings have been turned into loft apartments, and some are still awaiting their next use. The H. J. Heinz Company was a kind of workers’ paradise when old H. J. himself ran it—there was never a strike, never a wage reduction; medical care was free; there was a library and a gymnasium, free concerts for everyone in the auditorium, and even free manicures for the women. Heinz was also notorious for pushing for federal food regulations when the rest of the food industry was fighting them tooth and nail. It was probably just the way old H. J. was constituted, but it was also priceless publicity: would you rather buy food from the company that fights federal oversight or the company that flings wide the doors and welcomes the inspectors? 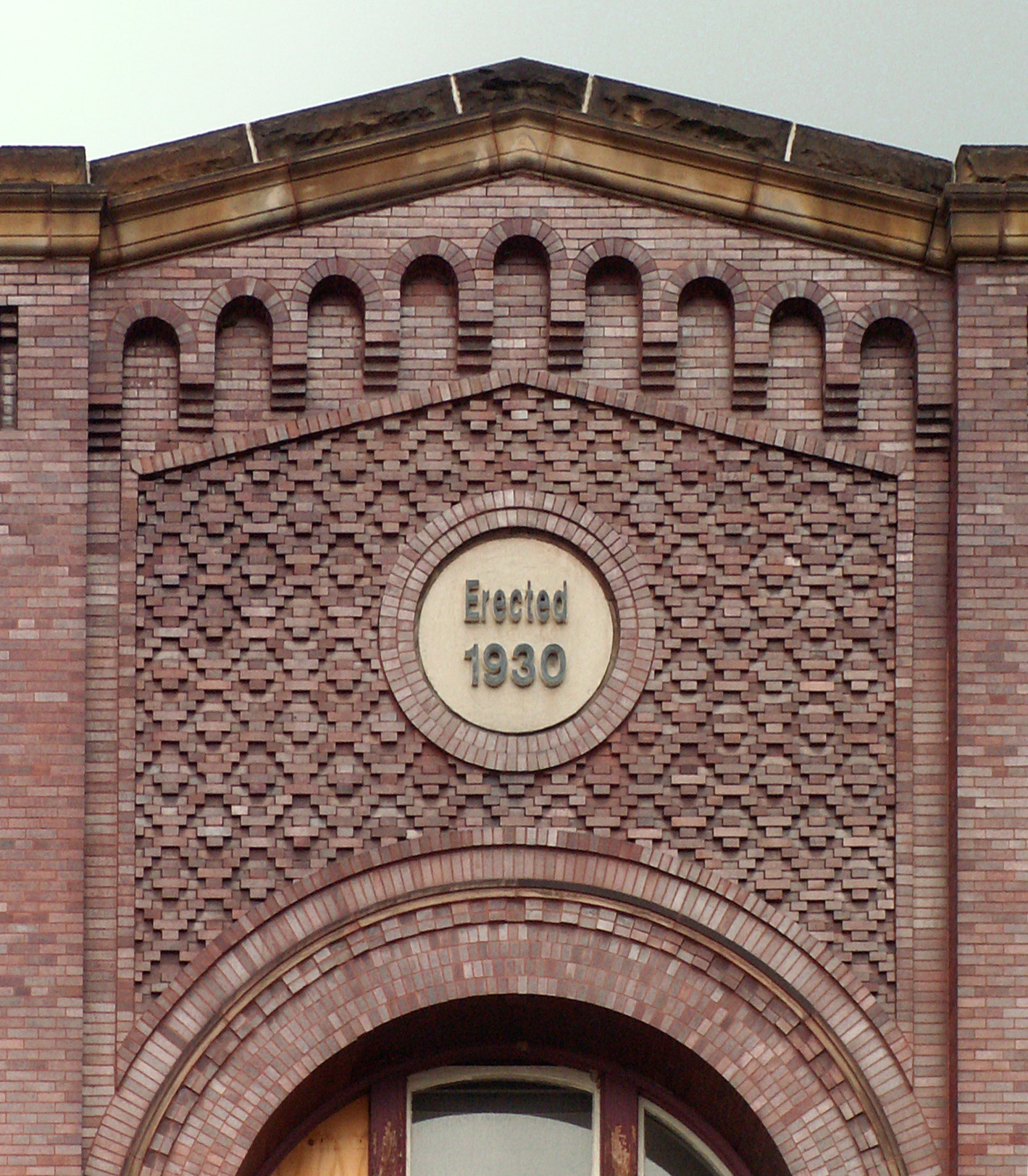