Do you wish the world were more like an old postcard? Then you will want to visit Father Pitt’s new Two-Color World, a silly photographic experiment in which every picture is presented in old-fashioned two-color printing, like an old postcard or a two-strip Technicolor movie from 1929.

Over at Mental Floss, an interesting article tells us How 65 Pittsburgh Neighborhoods Got Their Names. Someone pointed out the article to old Pa Pitt, and he immediately noticed that three of the pictures were his. These are pictures he has donated to Wikimedia Commons, as he does most of his pictures these days, and he is delighted to see that people are finding them as useful as he had hoped. 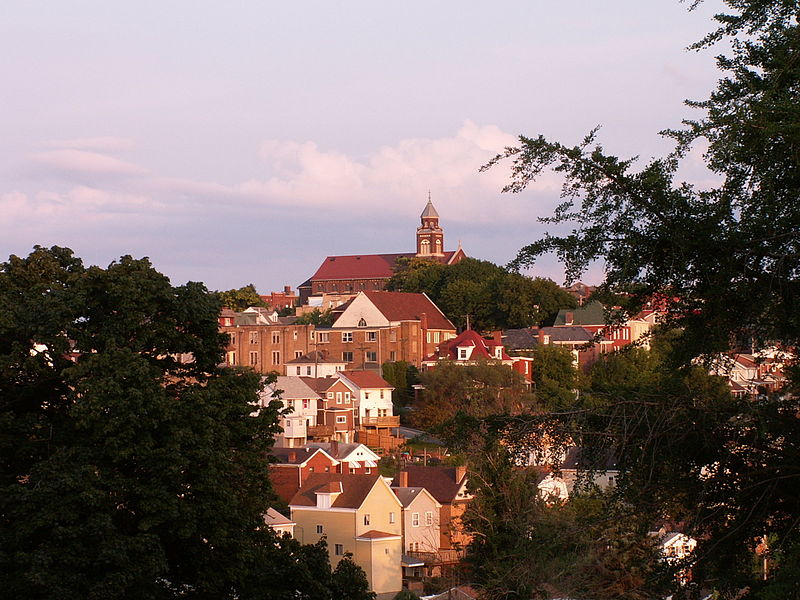 Another experiment with limited color. Old Pa Pitt enjoys all kinds of photographic experiments, but in this case he has a particular reason for presenting this picture this way: it was a photograph that could not be easily rescued in full color.

You may see the original color photo below if you really want to see it. Father Pitt will draw back the curtain for a moment and reveal the insignificant man with the levers and switches.

In spite of much manipulation, including a gradient filter applied in the GIMP, the highlights are still bleached out completely, making it look like a picture from a cheap cell phone rather than Pa Pitt’s treasured Olympus E-20n.

But somehow imitation two-strip Technicolor made an attractive image. In the words of Michelangelo, go figure. 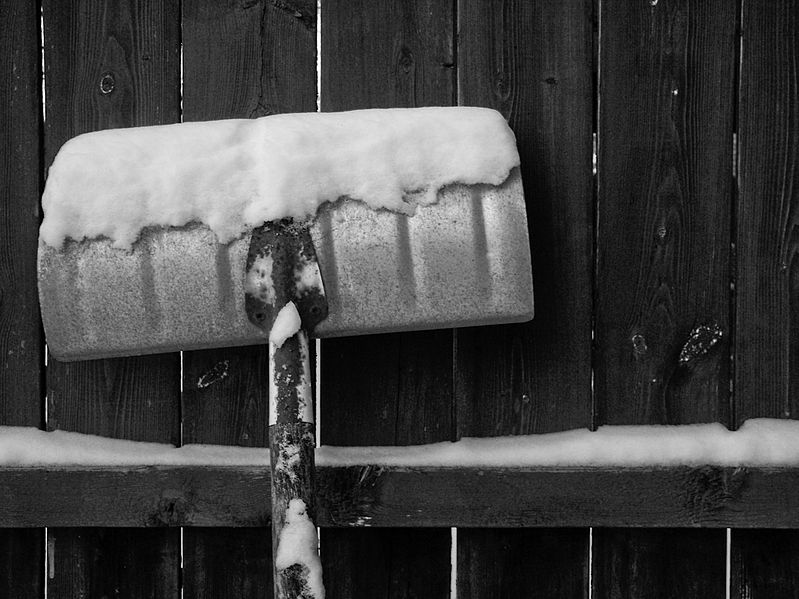 Usually old Pa Pitt thinks of his photography as illustration rather than art. Here, however, is a composition motivated by art alone, although it is certainly appropriate for the current weather.

Continuing his experiments with panorama stitching, Father Pitt is trying out a program called Hugin. The results are encouraging. All the pictures in this article were stitched together with the default settings and no tweaking at all.

Here’s a picture put together from two separate photos:

This is extraordinarily good work, because the original pictures did not match very well at all. They were taken hand-held, and the exposure is very different. Here they are, and you may judge Hugin’s work for yourself:

In addition to correcting the perspective and angles, Hugin has matched the lighting almost perfectly.

This picture is put together from three separate photographs—again, with the camera hand-held, and with little serious attempt to be careful about lining things up. The lighting is not matched perfectly, but it’s not a bad job at all.

Here is a broad panorama made from four pictures:

Now here is something more interesting, from a technical point of view, though from an artistic point of view it’s just another boring old snow-in-the-woods picture:

It looks like an ordinary rectangular photograph, but in fact it is made from four separate hand-held photographs—two above and two below. Hugin had to sort out the different angles and match the lighting, and it did a very good job, giving us a very-wide-angle photograph with an ordinary somewhat-wide-angle lens.

One curious thing about Hugin is that it cannot deal with pictures from the Samsung Digimax V4. By simple bad luck, this was the first camera old Pa Pitt tried with Hugin, and he was convinced for half an hour that the program was broken. No; it was just a strange incompatibility with that one camera. Father Pitt suspects there is something odd about the EXIF data generated by that camera. There is something odd about almost everything that camera does, so one is not surprised that it should be the only camera so far to give Hugin problems.

But unless you have a camera that confuses it (and those are probably very rare), Hugin is exactly what you need for combining individual photographs into one large picture. It earns Father Pitt’s endorsement—an endorsement he feels all the better about giving it because Hugin is free and open source.